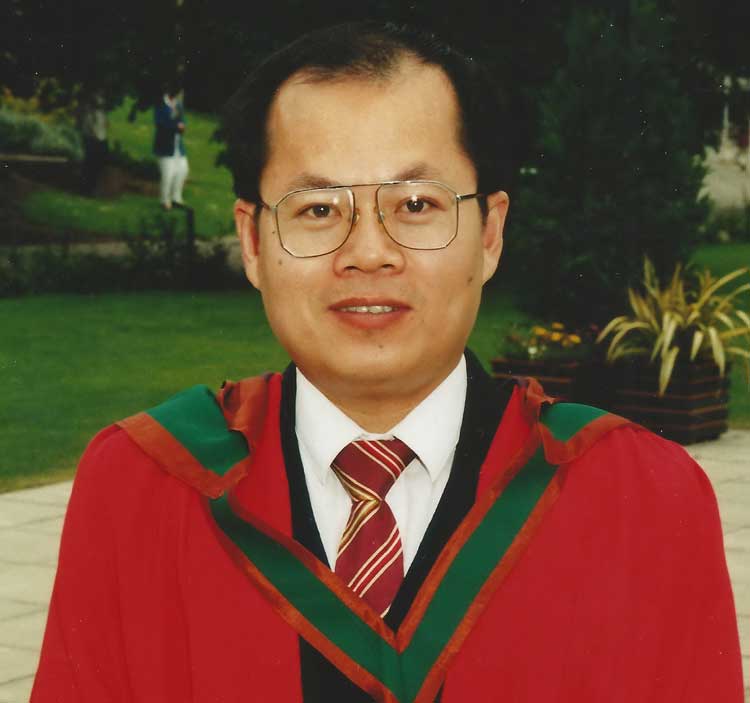 Professor Da-Wen Sun of UCD School of Agriculture, Food Science and Veterinary Medicine has been ranked amongst the top of the “top one percent” of agricultural scientists from around the world according to theEssential Science Indicators (ESI)* database.

The ESI database from Thomson Scientific provides data for ranking scientists, institutions, countries, and journals. Based on a regularly updated compilation of the ISI Web of Science, the world's most authoritative citation database, ESI provides citation counts as a form of peer recognition which generally reflects the dependence of the scientific community on the work of individual scientists.

According to the data derived over a period of ten years, a total of 2127 scientists are among the top one percent of the most cited scientists in the category of Agriculture Sciences, and Prof. Sun is at the top of the list by ranking at 51 of the 2127 scientists on the list.

Professor Da-Wen Sun commented: “I am very pleased with the ranking, as the ESI ranking is based on researchers’ research output in high-standard international scholarly journals and is globally considered as evidence of their academic excellence. The ranking system provides an authoritative way of comparing performance of researchers not only within the same discipline but also among different disciplines. Such a high ranking is a strong indication of exceptionally high quality research conducted by UCD researchers as recognised by international peer, it can also significantly uplift the international reputation of UCD as a research intensive university”.

Prof. Sun joined UCD in 1995 and has published over 180 peer reviewed journal papers, more than 200 conference papers, and 8 edited books. In recognition of his significant contribution to food engineering worldwide and for his outstanding leadership in the field, Prof. Sun was awarded theInternational Commission of Agricultural Engineering Merit Award in 2000 and 2006 and was named “Food Engineer of the Year 2004” by theInstitution of Mechanical Engineers.

Prof. Sun has also received numerous prestigious awards in UCD, including the UCD President’s Research Fellowship in 2005. He is Editor-in-Chief of Food and Bioprocess Technology, an International Journal, and Series Editor of the “Contemporary Food Engineering” book series.

* Covering a multidisciplinary selection of more than 11,000 high-standard international scholarly journals from around the world, Essential Science Indicators rankings are based on a selection of the most cited scientists, institutions, countries, and journals in a ten-year period. Citation counts are based on a journal set categorized into 22 broad fields. Fields are defined by a unique grouping of journals with no journal being assigned to more than one field. To compensate for varying citation rates across scientific fields, different thresholds are applied to each field. The thresholds are set to select roughly the same proportion of entities from each field. For scientists the top 1% of names is selected for each of the fields. This percentage of inclusion translates into a specific citation frequency cutoff for each field. Therefore Essential Science Indicators is an in-depth authoritative analytical tool offering data for ranking scientists, institutions, countries, and journals.