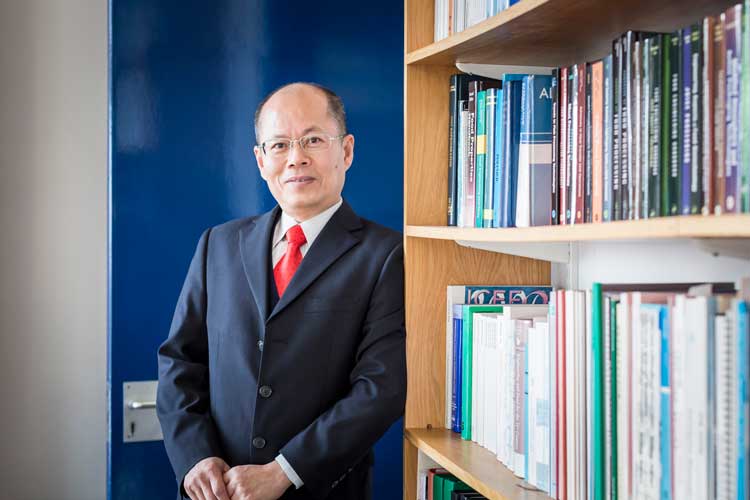 2017 Highly Cited Researchers represent some of the world’s most influential scientific minds from 21 scientific fields. Approximately 3,000 researchers earned this distinction by writing the greatest number of reports officially designated by Essential Science Indicators (ESI) as “Highly Cited Papers” — ranking among the top 1 percent most cited for their subject field and year of publication (2005-2015). Only articles and reviews in science and social sciences journals indexed in the Web of Science were considered. Highly Cited Researchers are leading the way in solving the world’s biggest challenges.

Professor Sun is a world authority in food engineering research and education. His many scholarly works have become standard reference materials for researchers in the areas of computer vision / hyperspectral imaging, computational fluid dynamics modelling, vacuum cooling, etc. Results of his work have been published in more than 500 peer-reviewed journal papers (Web of Science h-index = 84, SCOPUS h-index = 89) with 38 papers being designated by ESI as highly cited papers. He is the recipient of numerous awards and honours including election to the Royal Irish Academy in 2010, selection as a Member of Academia Europaea (The Academy of Europe) in 2011, induction as a Fellow of International Academy of Food Science and Technology in 2012, and award as a Fellow of International Academy of Agricultural and Biosystems Engineering in 2016. Among other international recognitions, Professor Sun was the recipient of the CIGR Fellow Award in 2010, the Freezing Research Award in 2013 from International Association for Food Protection (IAFP) and the IAEF Lifetime Achievement Award in 2015 from International Association of Engineering and Food (IAEF).

2017 Highly Cited Researchers can be accessed at: https://clarivate.com/hcr/