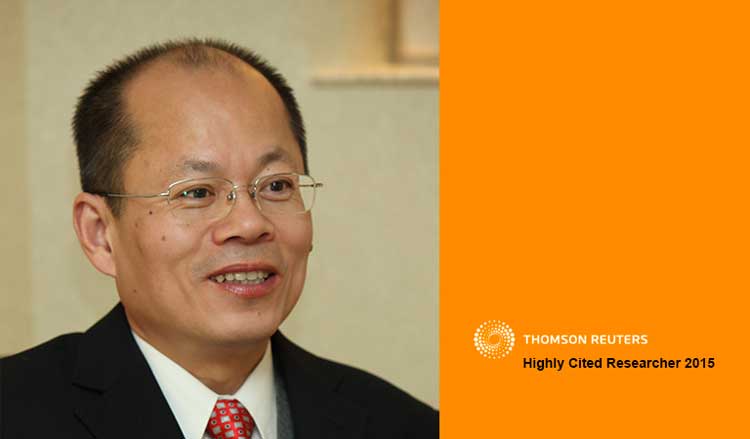 Professor Da-Wen Sun, UCD School of Biosystems and Food Engineering, has been selected for the prestigious Thomson Reuters 2015 list of Highly Cited Researchers. The list identifies the world’s most influential contemporary researchers across 21 scientific fields. Over three thousand researchers earned the distinction by writing the greatest numbers of reports officially designated by Essential Science Indicators (ESI) as Highly Cited Papers—ranking among the top 1% most cited for their subject field and year of publication, earning them the mark of exceptional impact.

Professor Sun is a global authority in food engineering research and education. He has significantly contributed to the field of food engineering as a researcher, as an academic authority and as an educator. His many scholarly works have become standard reference materials for researchers in the areas of computer vision, computational fluid dynamics modelling and vacuum cooling.

Results of his work have been published in more than 400 peer-reviewed journal papers (Web of Science h-index = 68), among them, 31 papers have been selected by ESI as highly-cited papers, ranking him No. 1 in the world in Agricultural Sciences.

Highly Cited Researchers 2015 can be accessed at: http://highlycited.com/