Da-Wen Sun, Professor of Food and Biosystems Engineering from UCD School of Biosystems Engineering was recently elected a Fellow of the International Academy of Food Science & Technology (IAFoST). “The current members of the Academy have identified you as having contributed significantly in your field to the further improvement of our chosen profession, food science and technology, and elected you into this prestigious organization”, said Dr Daryl Lund, President of the Academy, in his congratulatory letter to Professor Sun. Among the 22 newly elected Fellows from around the world, Professor Sun is the only one elected this year from Ireland. 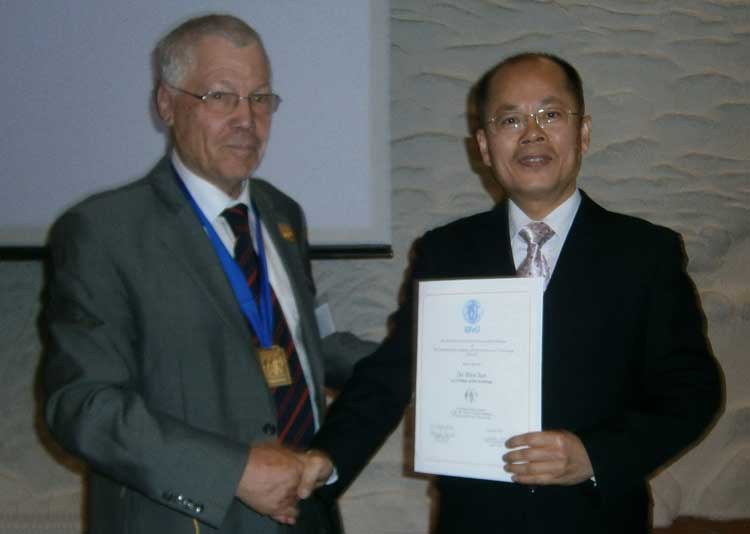 Professor Sun is a leading world authority on food engineering research and education, his many scholarly works have become standard reference materials for researchers in the areas of computer vision, computational fluid dynamics modelling and vacuum cooling, he has published about 600 papers including over 250 peer-reviewed papers (h-index=36) in high impact international journals and edited 13 authoritative books. He is Member of Royal Irish Academy, Member of Academia Europaea (The Academy of Europe), Fellow of a number of professional institutions, Incoming President of International Commission of Agricultural and Biosystems Engineering (CIGR), Editor-in-Chief of "Food and Bioprocess Technology" (2010 IF=3.576, ranked at the 4th position among 126 ISI-listed food science and technology journals). Thomson Reuters ranks him among the top 1% of the most cited authors in Agriculture Sciences.

“This is a great honour, both personally and also for UCD. It is an international recognition which reflects the outstanding reputation of UCD research in food science and technology", said Professor Sun.

The formal induction for the class of new Fellows into IAFoST will be at the 16th World Congress of Food Science and Technology, to be held August 5 – 9 in Iguassu Falls, Brazil.