Professor Mark Rogers, UCD Registrar also officiated at the event. Over 400 people attended the festival to view philosophy projects presented by over 180 finalists. The Irish Young Philosopher Awards (IYPA) were founded by Dr Danielle Petherbridge (UCD School of Philosophy) and Dr Áine Mahon (UCD School of Education) in the UCD College of Social Sciences and Law. The IYPA initiative was launched by President Michael D. Higgins and Sabina Higgins at Áras an Úachtaráin on Thursday 16th November, 2017. 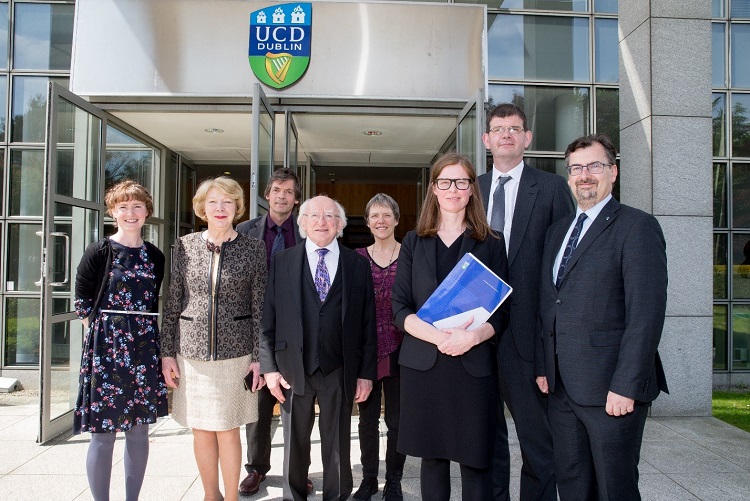 The idea behind the IYPA is for primary and secondary school students to explore philosophy through a nationwide award program and festival. Over the course of the year, students worked on individual and group philosophy projects and came together at the IYPA Philosophy Festival to present their work with students from around the country. There were 185 finalists accepted for the event and final projects were submitted by individuals, small groups and classes. The students created complex projects and the IYPA festival celebrated their creativity, collaboration, critical and ethical thinking, and philosophical genius.

Students submitted their philosophy projects using various mediums including posters, films, essays, and podcasts. They also visualized their philosophical thinking in mind-maps or posters. Students from third to sixth class of primary school, plus all students at post-primary level, on the island of Ireland were eligible to participate.

The Grand Prize was awarded to fifteen-year old Dublin student Luke Rickard from Gongaza College, Dublin for his project entitled ‘Is it Ethical for Robots to be Caregivers’? 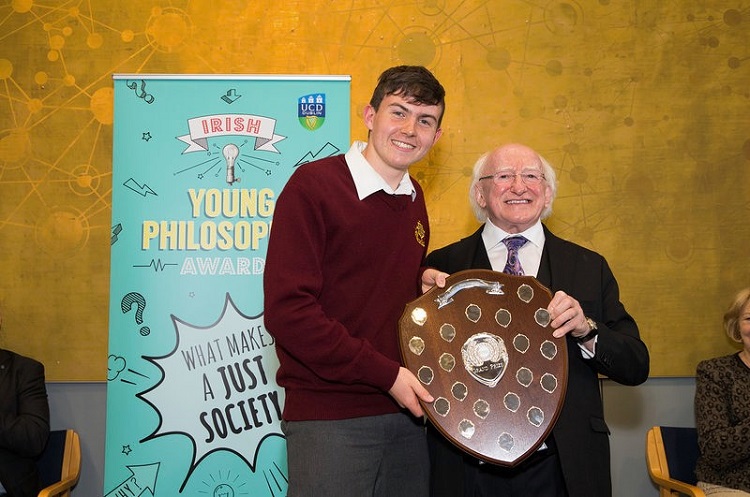 Other prizes were awarded to students from around Ireland for projects on questions including: ‘why do we hate?’, animal ethics, the ethics of self-driving cars, gender inequality, perception, identity, aesthetics, female empowerment, and the question of free will.

UCD College of Social and Sciences and Law were delighted to support this wonderful initiative led by colleagues in UCD School of Philosophy and UCD School of Education.