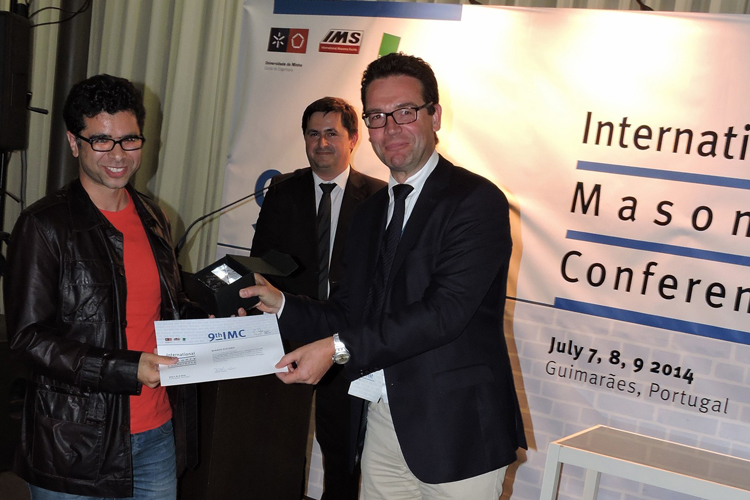 Ehsan Moradabadi and Julie Clarke, PhD students of Prof. Debra Laefer's Urban Modelling Group of UCD’s School of Civil, Structural, and Environmental Engineering, were recently awarded first place for a student challenge as part of the 9th International Masonry Conference held in Guimarães in Portugal from July 7-9th. The challenge was to predict the maximum compressive failure load for two masonry prisms, which were constructed prior to the conference and experimentally tested on the first day of the conference. Ehsan and Julie's work adopted a probabilistic approach in conjunction with a finite element model of the two masonry prisms. The model was used to numerically predict the maximum compressive load for each prism at the point of failure based on previously provided test data. The predicted values were within 95% of the experimental results. Second and third place for the competition were awarded to the Polytechnic University of Milan and the University of Calgary respectively.