Six of the best from the class of 2O12 graduate civil engineers were praised in front of 2OO invited guests, in the 2013 NCE Graduate Awards. Neill Brauders, who took third place, graduated with an MEng in Civil Engineering from University College Dublin and an MSc from Imperial College.

"Water engineering is my passion," Mott MacDonald graduate engineer Neill Brauders told the awards judges. From a child helping to design a new drainage system for his dad's flooded garden to, next year, hoping to
see his design ofan interactive hydro power model centre stage at a Science Museum exhibition encouraging young engineers, he has grabbed every opportunity to develop his passion.

On the way he has had two papers pubiished by leading water journals. Both were the result of university research, but could not have been on more diverse subjects -The behaviour of lrish river banks was followed by Remote rainfall sensing techniques for Ecuador rainforests. His career so far has included two universities. At Dublin's University College, the walls of his flat boasted half a dozen certificates for prizes and awards. His favourite is for leading the team that created a simple model dernonstrating hydroelectricity.

From Dublin, Brauders progressed to an MSc in hydrology and water resource engineering at Imperial College
before joining Mott MacDonald's water and environment division. Here he heads up the company's Young Professional's Excellence Network. His role is to organise industry seminars, breakfast talks and away-weekends, all designed to inspire Mott's 300 graduates in his division. 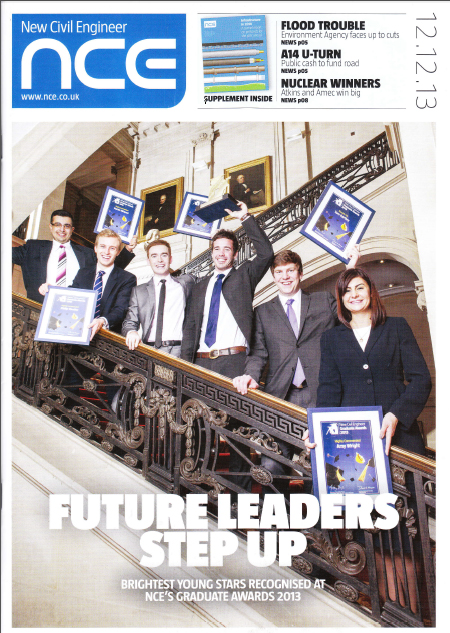