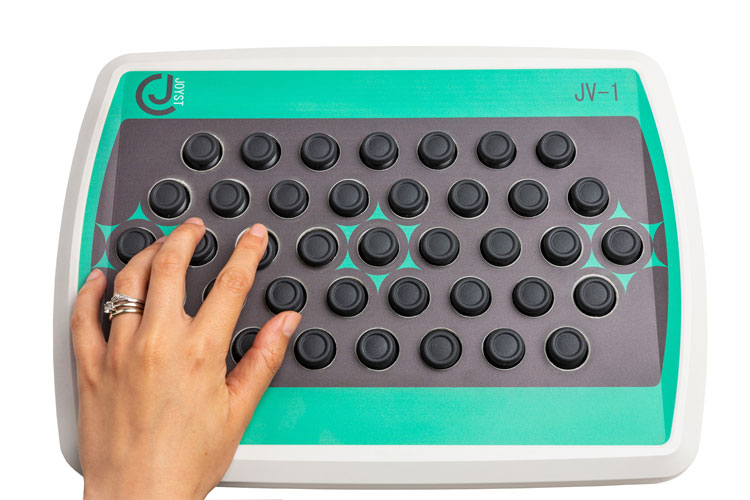 Link to the Kickstarter campaign via: https://www.kickstarter.com/projects/joyst/joyst-jv-1-joystick-midi-controller-with-full-mpe

To find out more about the JV-1 watch this short video https://youtu.be/-YFlrPu_Qs0

Philip Snell, CEO and co-founder, Joyst, said, “From day one, the vision for the JV-1 has been simple, electronic music with no creative compromises. Why can’t a MIDI controller let you bend notes like an electric guitar? Even on the earliest prototype, we could see the power of joysticks in this role. They allow the player to inject subtlety and fine intonation into their playing, with a tactile and responsive feel. The buttons and pads you find on traditional MIDI controllers are just too one-dimensional, sterile and overly digital. Joysticks restores what was lost, a full range of motion, a responsive springiness, organic bends, fresh sounds. Electronic music in full colour.”

Joyst (www.joyst.ie) was co-founded by Philip and fellow UCD Master of Engineering graduates, William Langrell and Edward Byrne, along with Dr Cuffe, to commercialise the JV-1 MIDI controller.