The Irish Dialect Archives are an unparalleled resource as linguistic and lexicographical archives, established in 1953 by Tomás de Bhaldraithe. 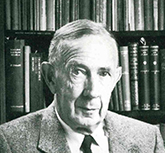 The Irish Dialect Archives, established in 1953 by Tomás de Bhaldraithe, are an unparalleled linguistic and lexicographical resource.  They contain unique manuscripts and documents including the works and correspondence of many writers, collectors and scholars. From 1979 to 1986 Tomás de Bhaldraithe was the UCD Professor of Irish Dialectology, a position part-funded by the Royal Irish Academy.

These Archives were instrumental in the important work carried out in dialectology and lexicography in Irish, and were also, in the 1970s, engaged in pioneering computational lexicography. The work included:

The Archives contains circa 500,000 dictionary entries in the form of cards. These cards formed the basis for a number of dictionaries, both general and academic, including 15,000 Irish head words taken from a Latin-Irish dictionary handwritten by Risteard Pluincéad in 1662. The cards are organised into c. 60 collections, which are stored in boxes and categorised according to author, and location.

The De Bhaldraithe Card Collection consists of 33 boxes and each box contains approximately 2,000 cards. Most of the cards are stored alphabetically and contain information regarding Irish words and phrases. The majority of cards are handwritten, and contain phonetic information with the title word given as well as one or several examples of usage. In some cases detailed cards contain the title word, its meaning, gender, part of speech and examples of usage.

Tomás Laighléis Card Collection consists of32 boxes, and each box contains approximately 1,000 cards. This collection provides information on Irish words and phrases, but unlike De Bhaldraithe's collection which focuses mainly on phonetics, this collection gives many and, in some cases, very lengthy examples of word and phrase usage in Irish. All the cards are handwritten.

Among the documents and other items stored in the Irish Dialects Archives deserving a special mention are the following original manuscripts:

IDA on the UCD Digital Library

Three collections from the Irish Dialect Archives are digitised, two of which are accessible via the UCD Digital Library:

1. B26  'Seanchas, cuimhní cinn' by Seán Ó Dálaigh of Dún Chaoin (Dunquin), Co. Kerry (link)  is a hand-written manuscript. This collection also includes correspondence relating to the manuscript's provenance and some material relating to Seán Ó Dálaigh. The manuscript was given by the author to Cornelius Duane, School Inspector in around 1947. Duane attempted to publish the manuscript and made editorial annotations to it. In 1978, the manuscript was presented to Professor Tomás de Bhaldraithe of the Irish Dialect Archive by Fionnuala Duane, daughter of Cornelius Duane.  B26 contains 10 Objects with 599 parts.

2. B30 'Stair na mBlascaodaí, beag agus mór' by Tomás Ó Criomhthain of the Great Blasket Island, Co. Kerry  (link) is a hand-written manuscript, with the author's annotations. Note, pagination or reading order of this material is out of sequence.  B30 contains 1 Object with 104 parts