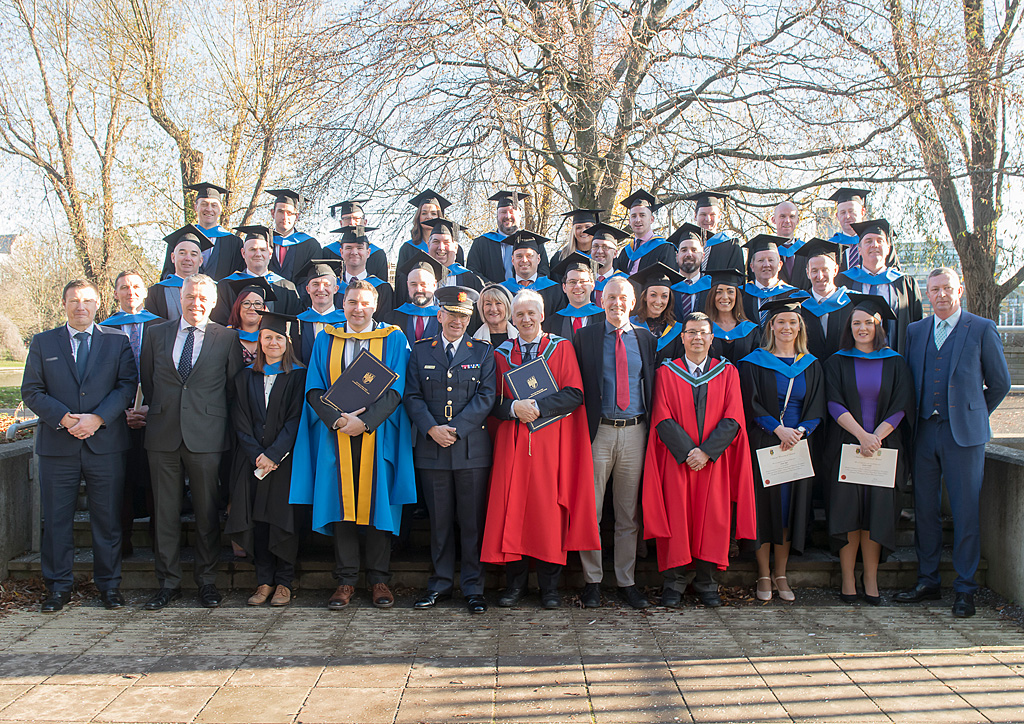 On Tuesday 3 December the Commissioner of An Garda Síochána, Drew Harris, attended conferring of degrees on this year's cohort of graduates of the MSc in Forensic Computing & Cybercrime Investigation. Afterwards he presented a medal to the top students in the year. The 2019 joint winners are Jonathan Gorman, Network and Security Engineer in the Irish Defence Forces and Tracy Daun, a senior analyst in the US Internal Revenue Service.

This year, 104 students were awarded the MSc and 48 the Graduate Diploma. Since this international distance-learning education programme started in 2006, 800 students from 70 countries have graduated from it. Among them are 275 Irish police officers from the Garda National Cyber Crime Bureau, the Garda National Economic Crime Bureau, the Garda Bureau of Fraud Investigation, and Counter-Terrorism, Immigration, Telecommunications and IT divisions. As well as police officers, the programme has had students from defence forces, government ministries and agencies, tax and revenue, competition and regulatory organisations, national security and intelligence agencies, international law enforcement agencies such as Europol, Interpol, Organization for Security and Co-operation in Europe (OSCE), Organisation for the Prohibition of Chemical Weapons and EU Monitoring Missions.

UCD’s education and training programmes are helping law enforcement worldwide to upskill to fight cybercrime and cyber enabled crime. Students - all full-time law enforcement officers - learn advanced digital forensic investigation skills to uncover evidence that can convict perpetrators of crimes. The skills they develop in the programme are valuable for investigating and preventing organised crime and terrorism, human trafficking and child exploitation, money laundering and the trade in illicit goods.