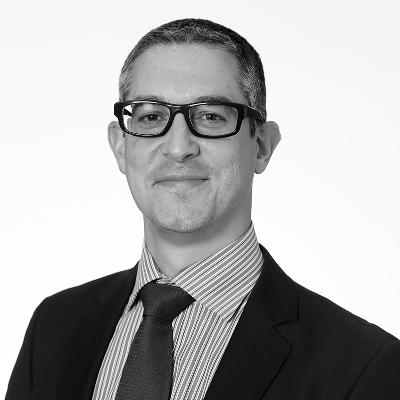 Professor Colin Scott, Principal of the UCD College of Social Sciences and Law, has announced the appointment of Professor Laurent Pech as the incoming Dean at UCD Sutherland School of Law. He will take over the role from Dr Niamh Howlin in October for a three-year term after which he will then hold a continuing appointment as Full Professor of Law in the School. The Sutherland School of Law is delighted to welcome Professor Pech to the position and looks forward to his leadership over the next number of years.

Laurent Pech is currently Professor of European Law and Head of the Law and Politics Department at Middlesex University London. He is also a Visiting Professor of Law at Bordeaux University, a Senior Research Fellow at the CEU Democracy Institute in Budapest, and the co-director of The Good Lobby Profs which he co-founded in 2021. From 2018 to 2022, Laurent was a member of a H2020 funded four-year multidisciplinary research project on "Reconciling Europe with its Citizens through Democracy and the Rule of Law" (RECONNECT). He is currently a member of the editorial board of the Hague Journal on the Rule of Law, a member of the advisory board of RECLAIM (Human Rights NGO based in Brussels) and the international advisory boards of GEM-DIAMON (EU Horizon funded research project) and RESILIO (Resilience observatory on the rule of law in Europe funded by Stiftung Mercator). Laurent has been a visiting professor at many institutions, including his alma mater: Aix-Marseille University. In September 2022, Laurent will be based at the Institute of Advanced Studies of the Alma Mater Studiorum, University of Bologna, following his appointment as Visiting Fellow.

Professor Pech specialises in EU Public Law and has lectured in a variety of subjects including EU Constitutional Law, EU Internal Market Law, EU Competition Law and European Human Rights Law. He was Jean Monnet Chair of European Public Law from 2014-17. Prior to his appointment at Middlesex University, Laurent was Jean Monnet Lecturer in EU Public Law at the National University of Ireland Galway. During the course of his academic career, Laurent also worked in Canada (Postdoctoral Research Fellow at the Canada Research Chair on Globalization, Citizenship and Democracy) and in the United States (Emile Noel Fellow at NYU Law). He has worked as a legal consultant in many post-conflict or EU candidate countries such as Bosnia-Herzegovina, Bulgaria, Latvia and Montenegro. He has also worked as an external examiner at many institutions including the Law Society of Ireland  and regularly works as an expert evaluator for national research funding bodies as well as the European Research Executive Agency (REA). Laurent is the author of one casebook, two monographs, multiple commissioned reports and studies, and more than one hundred scholarly publications, on such subjects as rule of law backsliding in Europe, the right to an independent tribunal established by law and the right to free speech in comparative law. He also regularly provides expert advice on rule of law matters, including in the context of judicial proceedings either before national or European courts.