The Rt. Hon the Lord Mayor of the City of London, Alderman Vincent Keaveny visits UCD Sutherland School of Law

The Rt. Hon the Lord Mayor of the City of London, Alderman Vincent Keaveny visits UCD Sutherland School of Law

The UCD Sutherland School of Law was honoured to host an event on Thursday, March 3, with UCD BCL '86 alumnus, the Rt Hon the Lord Mayor of the City of London, Alderman Vincent Keaveny who discussed some key priorities of his ‘People and Purpose’ mayoral theme with RTÉ broadcaster and fellow UCD Alumni Awardee in Law, Miriam O'Callaghan BCL '79. 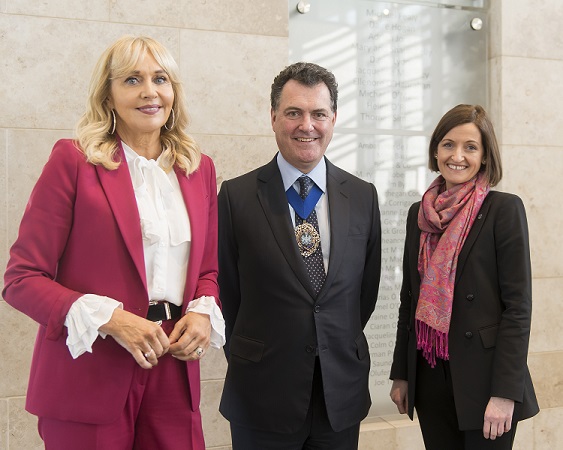 From left to right: RTÉ broadcast journalist Miriam O'Callaghan, the Rt the Hon the Lord Mayor of the City of London, Alderman Vincent Keaveny and Dr. Niamh Howlin, Dean of UCD Sutherland School of Law

The discussion titled ‘Opening up the Marketplace: Getting more diverse talent into the financial and professional services professions’ was a wide-ranging interview followed by questions from the audience. The Lord Mayor began by reflecting on his time at UCD as a student and described his experiences as he progressed as a law graduate and prominent commercial city lawyer to the Mansion House.  He also referred to the late Peter Sutherland whose father imparted the following sage life advice, which was “if you’re on the pitch and the ball lands at your feet, kick it!” meaning ‘take the opportunities as they come’. 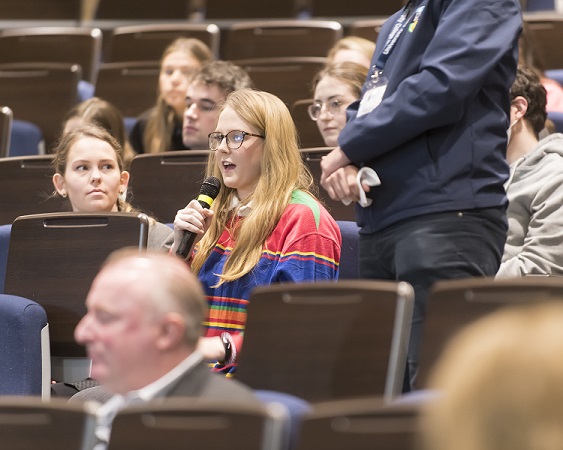 A law student asking a question during the Q&A session

The Lord Mayor offered insightful perspectives on the issues around social mobility and ideas on what people in the financial and professional industry can do to improve this.

“In the financial and professional services, despite research showing a positive business impact with a more diverse organisation, research also shows that people hired from a low socioeconomic background progress 25% slower.”

“Universities play a really critical role because that’s the point at which people begin to build up those networks that are really important and begin to think about the issues they’ll have to address to navigate through careers. I’m a huge fan, for instance, of mentoring.  It’s a really important aspect of progression within the professional and financial services.”

In attendance were UCD Sutherland School of Law students, faculty, friends of the School and members of the Lord Mayor’s BCL class of 1986. The Q&A also covered approaches to promoting greater diversity and demystifying a career in law both at schools’ level and within the profession. 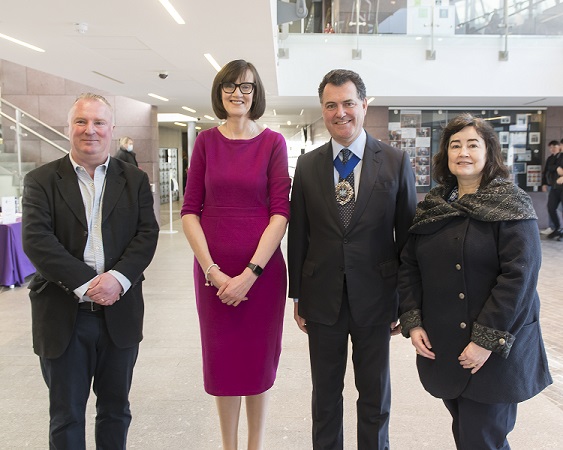