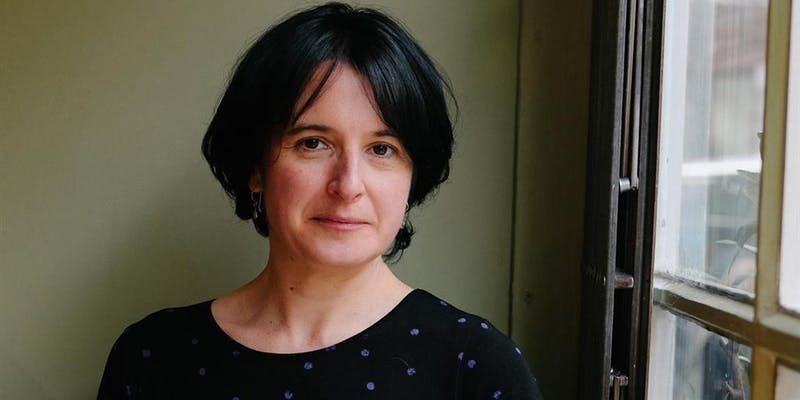 Professor Sarah Moss to take up the role of Assistant Professor of Creative Writing at UCD's School of English, Drama and Film.

The UCD School of English, Drama and Film tonight announced the exciting news that award-winning novelist and literary scholar Professor Sarah Moss will move from Warwick University to UCD in September 2020.

Her remit will be to develop and expand UCD's programmes of undergraduate and postgraduate education in the art and practice of creative writing. This appointment marks UCD's focus on building upon its strong literary reputation and commitment to creative writing. Recent appointments in the School of English Drama and Film include: Anne Enright as Ireland's first Professor of Fiction, Ian Davidson as Professor of Poetry, Julie Morissy as the first John Pollard Newman Fellow of Creativity, Sinead Gleeson as UCD Arts Council Creative Writing Fellow, and Colette Bryce also as UCD Arts Council Creative Writing Fellow.

Commenting on the news, Professor John Brannigan, Head of the School of English, Drama and Film, said 'Sarah Moss is one of the leading and most distinctive writers of our times, and an inspiring and experienced teacher of creative writing. UCD School of English, Drama and Film is delighted to welcome Sarah as our new colleague, and we look forward to the contributions she will make to enable UCD to build on its reputation for fostering the best work among aspiring and established writers.'

Speaking about her appointment Professor Sarah Moss said ‘I’m excited to be coming to UCD, to be joining the excellent writers and scholars at the School of English, Drama and Film and contributing to new and established programmes in creative writing. Ireland, and Dublin, are attractive places to a writer, and I’m very much looking forward to participating in literary life here.’

Dr. Paul Perry, Head of Creative Writing, welcomed the appointment by saying that 'We're delighted to welcome one of the most outstanding contemporary novelists in Sarah Moss to what is a world-class creative writing programme at UCD.'

Sarah Moss was born in Glasgow and grew up in the north of England. She has BA, M. St. and D.Phil degrees in English Literature from Oxford University, where she held a Research Fellowship before academic appointments at the universities of Kent, Exeter and Iceland. She joins UCD from the University of Warwick. She was appointed FRSL this year.