The top prize in British architectural history, the Alice Davis Hitchcock Medallion, has been awarded to Conor Lucey, Assistant Professor in the School of Art History and Cultural Policy at UCD, for his book Building Reputations: Architecture and the Artisan, 1750–1830 (Manchester University Press, 2018).

The prize is the highest honour bestowed by the Society of Architectural Historians of Great Britain and was announced at a ceremony held on Monday, December 9th, at University College London.

Building Reputations re-examines the history of the brick terraced house and the artisan communities of bricklayers, carpenters and plasterers responsible for its design and construction. Opening with a cultural history of the building tradesman within contemporary architectural discourse, the book considers the artisan as both a figure of building production and an agent of architectural taste.

The selection committee commended Dr Lucey’s book as “a ground-breaking analysis of the relationship between the professional builder and the brick terraced house”, noting that it “overturns the received wisdom that artisans and craftsmen – those who did the actual building – played a diminishing role in the design process in the period under scrutiny”.

Commenting on the prize, Dr Lucey said: “Given that so many of the previous winning titles of the Alice Davis Hitchcock Medallion form the basis of my own academic library, I am genuinely delighted and honoured that my book has been awarded this distinction. I am especially grateful to the members and to the selection committee of the SAHGB for this generous endorsement”. 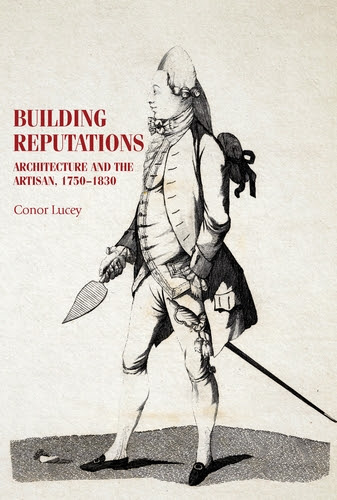