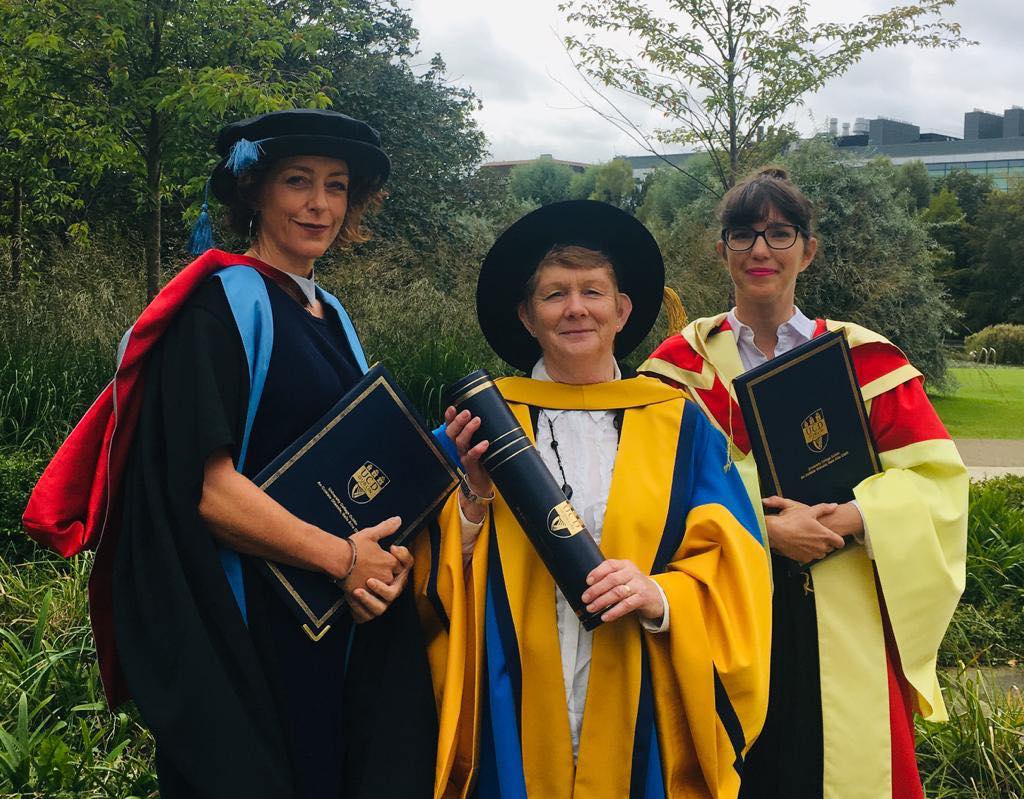 Catherine Corless has been awarded an Honorary Doctorate of Literature by the College of Arts & Humanities. Speaking at the conferral, Emilie Pine, Associate Professor in Modern Drama at UCD, said the award recognised “the values of humanity Catherine exemplifies and the difference she has made to the world.”

The Honorary Doctorates were awarded on 4 and 5 September 2019, in UCD’s O’Reilly Hall.