Clíodhna, a former committee member of the UCD Literary & Historical Society and Aodhán, current auditor of the UCD Law Society, are no strangers to high stakes debating finals. Clíodhna is the reigning champion of the Irish Times National Debating Competition, and Aodhán is a finalist of the European Universities’ Debating Championships. They each spoke for nine minutes in favour of the motion “That This House Believes That Anti-Racist Activism Ought Also to be Anti-Capitalist”. As law students, you might expect that debating comes naturally to Clíodhna and Aodhán. "I wish it was that easy!" said Clíodhna. "Our law classes obviously help with some techniques, but debating is an art form in and of itself. We have weekly training in UCD from some of the world's best coaches, and get amazing support from the University and the Societies' Officer when it comes to attending competitions and getting the practice we need to excel." "It's been a whirlwind," said Aodhán, "Even to have the chance to represent the university and the country abroad is such a privilege. To bring the trophy home to UCD is a dream come true, and for Ireland to win both competitions in one day is even better." 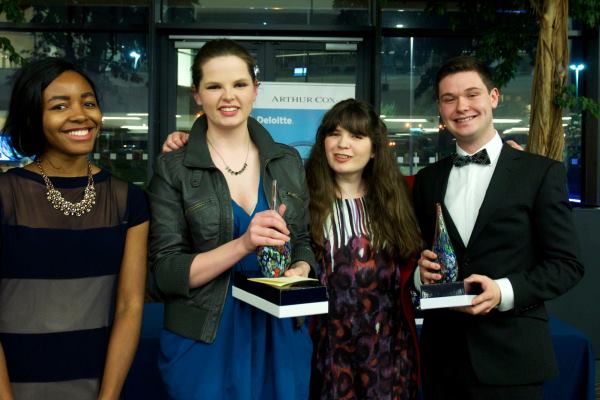 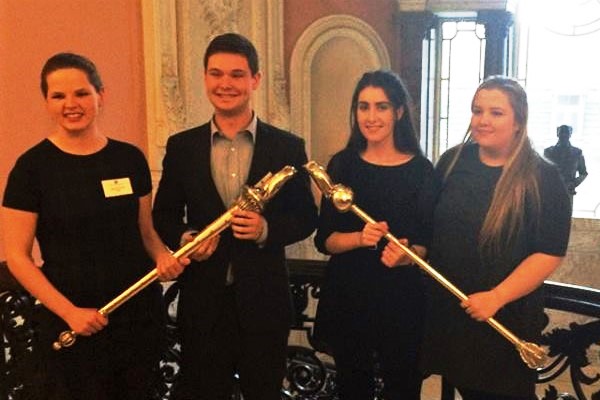 Clíodhna Ní Chéileachair and Aodhán Peelo with Grace Given and Sarah Duffy of Loreto College, St Stephen's Green, who took home the winning trophy from the international final of the ESU Schools' Mace.